Does Marijuana Lose Potency Over Time?

In our latest question and answer, our cannabis expert discusses how and why marijuana loses THC content over time.
Published: Oct 07, 2021 Last Updated: Jan 31, 2023 926 views 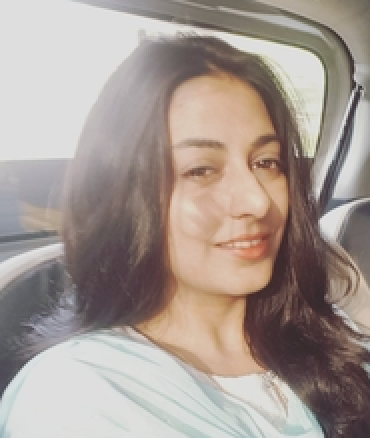 Does marijuana lose its potency overtime if kept dry?

Marijuana does undergo a noticeable decline in potency overtime. This can be especially problematic for those using it for medicinal purposes.
If your cannabis has changed in appearance, texture, or smell that might be a sign it has undergone changes in potency as well.
Research suggests marijuana may lose close to 16% of its THC content per year and possibly even more if storage conditions are not ideal.

Hi Marul and thank you for this question. Cannabinoid degradation is not something most people are quite familiar with, but with time, many cannabinoids and terpenes present within the cannabis plant begin to gradually break down into other compounds. As these compounds break down, the cannabis flower may also undergo changes in physical characteristics such as appearance and aroma. As a result, older marijuana is usually less vibrant in color and lacks the distinct odor of fresher cannabis due to degradation of terpenes.

More importantly, marijuana doesn’t retain its potency over long periods of time, since a lot of the tetrahydrocannabinolic acid (THCA) gets broken down. Thanks to the United Nations Office on Drugs and Crime, we can precisely figure out how marijuana loses its potency overtime.

Investigators determined that, on average, cannabis stored at room temperature (20–22 °C or 68–72 °F) loses THC at a rate of:

Apart from the natural aging and drying process, incorrect storage of cannabis also increases its chances of losing potency with time. Here are some factors that will increase the rate at which marijuana will lose its potency.

When cannabis flower is cured and dried after harvest, predominant cannabinoids such as THC and CBD exist in their inactive acidic forms, THCA and CBDA. THC and CBD are also present, but in much lower concentrations than their acidic counterparts. When cannabis is heated, this converts THCA and CBDA into their active counterparts THC and CBD through a chemical process known as decarboxylation. THCA loses it’s carboxyl ring, converting it to THC. This chemical process can be achieved very effectively by igniting cannabis (combustion), but can also occur at much lower temperatures after prolonged periods of time. If cannabis is stored above 70 °F, the acidic cannabinoids may begin to convert into their active decarboxylated counterparts which may then convert to less active cannabinoids. When exposed to elevated temperatures, THC begins to break down into a different cannabinoid known as CBN through a process called oxidation. CBN is another phytocannabinoid that naturally exists (in low concentrations) in the cannabis plant and has different effects than THC.

If temperatures are kept too low, this can result in humidity changes that negatively impact trichome structure. Trichomes are the translucent appendages on cannabis flowers that produce and store cannabinoids and terpenes. If the integrity of these structures are jeopardized by low temperatures, cannabinoid and terpene levels in the plant may be reduced.

Excessive exposure to oxygen accelerates the degradation of THC to CBN. This is because the presence of oxygen promotes the oxidation reaction that converts THC to CBN.

UV light damages the molecular structure of cannabinoids resulting in decreases in cannabinoid potency across the board. THC, CBD, and secondary cannabinoids may all be reduced by prolonged exposure to UV light. One study suggested that losses as high as 0.5% per hour of sunlight exposure may occur.

Relative humidity is a measure of how much water vapor is present in the air vs how much water vapor the air could hold. Humidity effects the stability of cannabinoids and also effects the plant’s susceptibility to mold and microbial pathogens. A range of 55-65% relative humidity has been identified as an industry standard. If humidity levels are too high, this doesn’t necessarily impact potency, but will definitely increase the risk of developing mold. Low relative humidity on the other hand can negatively impact potency in two ways. One way is via evaporation of active cannabinoids such as THC and CBD. While this isn’t likely to occur at room temperature, if cannabis is exposed to low humidity and high temperatures for prolonged periods of time, losses due to evaporation may occur. The second way low humidity can negatively impact potency is by compromising the structural integrity of trichomes. If cannabis becomes super dry, trichomes are more likely to break and fall off. Since trichomes are where the majority of cannabinoids and terpenes are stored, this would also decrease potency.

How Do You Tell If Your Marijuana Has Lost Potency?

While the only sure way to tell if your marijuana has lost it’s potency is to get it tested, there may be other ways to make an educated guess about this. Weed that has lost potency might smell different or in some cases may have entirely lost its distinct aroma. Another clue is the appearance of the plant matter itself. If the cannabis flower appears different in texture than when you first purchased it or if it easily breaks into dust that may be a sign it has undergone some changes in potency as well.

Thanks again for your question Marul. As always, feel free to ask us anything about cannabis anytime!

Dr. Saira Zulfiqar is a pharmacist and cannabis expert with more than 15 years of experience. She graduated from Punjab University in 2008. Her work has appeared alongside a number of international cannabis, hemp, biomedical, and pharmaceutical companies. How Long Does it Take to Get Your Medical Card?

In our latest question and answer, our medical cannabis pharmacist discusses how long it takes to get your medical card.
97 views Can I Donate Blood If I Use Cannabis On A Regular Basis?

In our latest question and answer, our cannabis pharmacist discusses whether it's safe to donate blood if you use cannabis regularly.
4,153 views
View more questions
Go To Top